Title/Author: Somewhere Only We Know by Maurene Goo

Obtained: I received an eArc from Netgalley in exchange for an honest review

GR Summary: 10 00 p.m.: Lucky is the biggest K-pop star on the scene, and she’s just performed her hit song “Heartbeat” in Hong Kong to thousands of adoring fans. She’s about to debut on The Tonight Show in America, hopefully a breakout performance for her career. But right now? She’s in her fancy hotel, trying to fall asleep but dying for a hamburger.

11 00 p.m.: Jack is sneaking into a fancy hotel, on assignment for his tabloid job that he keeps secret from his parents. On his way out of the hotel, he runs into a girl wearing slippers, a girl who is single-mindedly determined to find a hamburger. She looks kind of familiar. She’s very cute. He’s maybe curious.

Good morning deerlings~ I hope you’re doing well! Let me know in the comments what your most anticipated read of the Spring/Summer season is!

I am so grateful to Netgalley & Macmillian publishing for sending me an arc of this book! I am a SUCKER for K-pop and K-Dramas and when I heard that Maurene Goo was coming out with a novel about a kpop star, I was in. There was no ifs ands or butts about it! Read on to see my review for this fun adventure of a novel! Spoiler alert: it’s a 5 star read for me!

Alright ya’ll. You know how there are rom coms and then there are ROM COMS? The ones that make you giggle and squeal at every twist and turn of the plot? Yeah… that was me the entire time I was reading this book.

I have never read a Maurene Goo book and I am so upset that I’ve slept so long on her writing. This book follows a typical YA contemporary plotline of girl meets boy, they spend one day together and their lives are changed forever. But, Maurene Goo took that plotline, set it in Hong Kong, made the main character one of the hottest K-Pop stars out there (think one step below BTS) and the love interest a sleezy tabloid photographer. Sounds like a match made in heaven right? HA!

This was so much fun. Not only do we have the cutsey and snarky rom com, but Maurene Goo also gave her characters a lot of depth to them. Lucky is struggling with keeping her fire in the stressful, restrictive world that is the KPop industry while Jack is wrestling with the morality of his job plus trying to figure out what he wants to do with his life. They challenge each other in ways that I really admired without being entirely insta-love. Insta-attraction definitely, but not necessarily insta-love.

I’ve never been to Hong Kong so I can’t say for sure the accuracy of the descriptions of the locale, but I definitely appreciated that the author put a lot of effort showing off local cities, cuisine, and languages. If you take a quick glance at it, it can be off-putting to see so many English names being used for Korean or Chinese characters, but it’s actually a pretty common practice from what I’ve researched and experience. I really appreciated that in every instance of Korean or Cantonese being spoken that Maurene Goo used the romaji format along with the English translation. Mostly these are pretty basic phrases but as a Korean/Chinese/Japanese student, it helped me be able to immerse myself more fully into the world.

“Her like, patronus or whatever, would be a spreadsheet.” – Jack to Luck about his sister.

Like I said earlier, the plot of this novel is a little straightforward, but it is really the little nuances and characters that make it spectacular. Even as a twenty-something, I was able to identify with the struggles of both characters. I’ve been where Jack is, not sure where to go and just struggling to find something I didn’t absolutely hate doing. But I’ve also been where Lucky is, doing what I love but losing fire over it because the stress gets to be too much sometimes.  Sure, this exact situation isn’t likely to happen to 99% of the population. But weirder things have happened. The character personalities are extremely believable, even down to the quirks in Lucky’s English where she says she hasn’t used it in so long that she’s taken to using phrases from “bodice rippers”.

I really enjoyed this novel, and I think readers young and old will be able to relate to the characters in Somewhere Only We Know, and appreciate the research into the KPop industry that the author did. Since I’ve seen a number of K-Dramas at this point, I was easily able to visualize everything happening and it turned the squeal factor up to about 5000000%

Sometimes you can go somewhere new and it feels weirdly familiar, as if you once saw and moved through it in a dream. 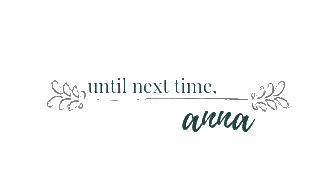 2 thoughts on “Review | Somewhere Only We Know”