March is proving to be a busy month already and I’m having a bit of a hard time staying on schedule with everything. It’s a little sad honestly xD. But I am at least getting plenty of reading done and today I want to share with you some mini-reviews of books I’ve read recently this month. These are mainly books that I’ve enjoyed but just don’t have a ton of stuff to say about them that would warrant a full CAWPILE review discussion.

Books with the titles *STARRED* have been received in exchange for honest reviews. 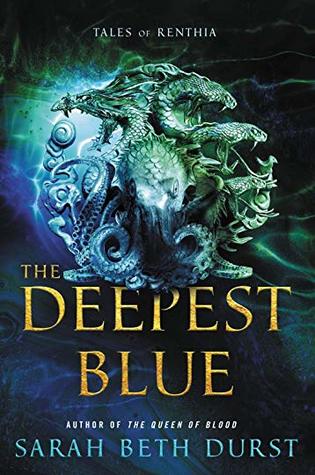 I mentioned last year that I devoured The Queens of Renthia series by Sarah Beth Durst. If you’re not familiar with these books, they are what I would call a midi adult fantasy. They’re high fantasy novels that read like low level fantasies. The basic premise is that the spirits of the realm need to be tied to the queen of the land to coordinate their destructive and creating passions, otherwise they tend to murder everyone. In this novel, we step outside of the mainland from the main trilogy to visit the islands of Belene. A young girl with the gift has just gotten married and barely hours later does a spirit storm tear her world apart. Taken from her husband and her home, Mayara must survive the Island of Testing and become an Heir if she wishes to see her family again. This book was beautifully written and I enjoyed getting to see more of Renthia, but I just wanted more from it and felt that it was a little too self contained. I think it would have been a wonderful duology, allowing for more expansion of the events that happened.

The Girl King was one of my most anticipated books of the quarter and I’m really thankful that my library was able to get a hold of it so quickly. I am always excited to read Asian inspired fantasies and that this book is actually an #OwnVoices fantasy really had me intrigued. In this novel we follow 3 main characters; Lu, the heir to the throne, her sister Min, and Nokhai, one of the last of his tribe. This novel was a whirlwind of events and to be honest I’m not entirely sure I understood all that happened. I really enjoyed that Mimi Yu pulled inspiration from a number of Asian countries and it was nice to be able to recognize some of the nuances from different cultures. But there were a number of holes in the world building and a lot of historical events that are mentioned or glossed over that I felt would have really concreted my feet within the story. I loved the writing style and I’m really excited to read more from this author. There are also a number of conversations about privilege and power dynamics that were just really cool to read since you usually don’t see outright conversations about them.

I am a total sucker for the girls disguised as boys to beat them at their own game trope. I’m not sure what I would categorize this book as. I think historical fantasy makes it sound like there’s far more magic than there is. But historical fiction is just too bland I think. I think fantastical historical fiction is about as good as I can get. In this book we have Rhen, she is a science-obsessed tomboy in a world where women are meant to be pretty and gossip obsessed homemakers. Her father is disgraced and her mother is gravely ill. Her mission. To win the annual competition for a scholarship to the all-male elite university.  Along with her cousin, whose reasons for joining lean more towards the traditional husband catching, Rhen joins the competition and might just show the town what girls are really made of. This book was so much fun to read and I love how insanely awkward Rhen is. Her habit of explaining stuff about dead bodies when she’s nervous just had me cracking up the entire time I was reading. It was really cool to see her struggle with growing up from the crush she’s had for ages to realizing that she doesn’t have to be a docile little wife at the hearth at the expense of her education and passions. I also really love a scene between her and Seleni where Seleni tells her off about how deciding to be a traditional wife, mother, and helpmeet is just as amazing and noble as being the strong heroine who saves the day and has a career.

*What Makes Girls Sick and Tired by Lucile de Peslouan* | ✦✦✦ 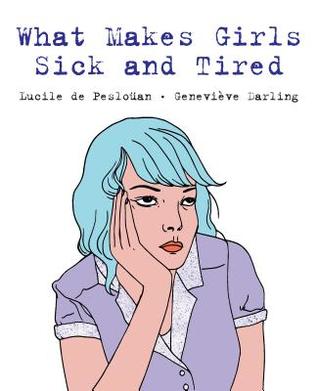 This graphic novel is very short and to the point. While I don’t feel that this book breaks any molds, I do feel that it is important. It’s the kind of book that you want to keep on hand for someone who needs a simple break down on while women are so angry lately or in need of a quick lesson on what feminism actually is about. There are beautiful pastel drawings throughout and inclusions of a number of facts that are easily digestible. I feel like this would be perfect for teen girls just starting to question the sexism in their lives or to give to a teenage boy to open their eyes to the mostly male-generated attitudes that make women feel sick and tired.

Holy crap you guys. I now understand why everyone has been raving about the audiobook for Sadie. It is freaking AMAZING! This relatively short book is a dual perspective between the past/present experiences of Sadie and the present/future West McCray who hosts a podcast about small-town America. The audiobook is a full-cast production and is just incredible. The timeline parts were a little confusing at times but it generally made sense. There are serious trigger warnings for this book, just so you’re aware, for sexual abuse, child abuse, neglect, violence,  and general anxiety/depression. There is what I believe to be a really well done rep of a character with a speech disorder. With that said, there were some things I would have preferred to have seen from Sadie’s POV instead of hearing about them through the podcast (aka the ending) and while I know that it was done intentionally to mirror the frustrating realities of real life and real investigations, I was really irritated at that part which is probably why it got docked a star. ()